Here endeth the trip – but not the fun

I am about to contradict myself. Yes, I know in the last blog I said I looked forward to heading home after time aboard but this time I was a tad reluctant. We’d had a super splendid week in unexpectedly good weather, culminating in a pulsating thrash down the Severn in company with NB Harry and Kevin and Vicky Blick – another lovely couple to add to the tally of boaters we really hope we do see again some time. I thought timing a breezy run down river for the morning after a trip to the Namaste curry house in Stourport was strategic planning of the highest order, and we motored on at about 6mph with occasional ‘wind assistance’. 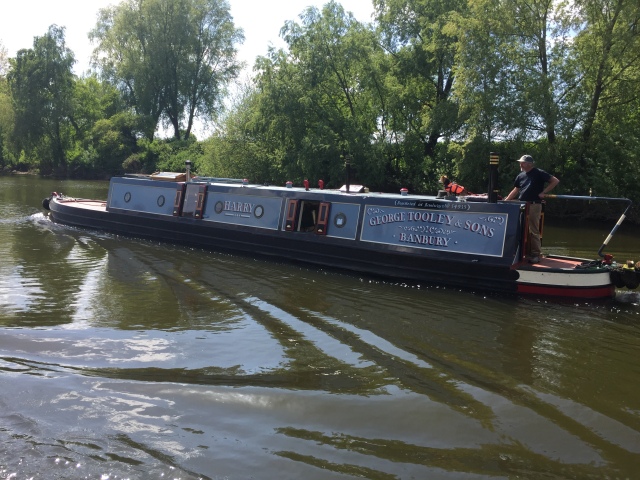 Come home time morning though, and the weather had turned; always easier to lock up and leave when it’s dour and miserable, so we set off with all reluctant tads dismissed. Besides, we were easing our transition back to normality mode by inserting some more fun diversions; first, cadging coffee and cake with lovely couple number two – David and Lisa on What a Lark who were happily (for us, cake consumers extraordinaire) moored within striking distance; and then the next day, upgrading to a rather magnificent Sunday lunch with lovely couple number three – David and Amanda, sometime boat sharers of What a Lark – in the company of lovely couple number four, Joe and Lesley, of NB Yarwood. Are you keeping up at the back there?

After tiny Henry, WaL was the equivalent of a floating mansion!

Now I’m still in raptures about the apple crumble cheesecake that was served for pud, and the Victoria sponge for tea, and so I’m a bit hazy about the bits in between – but I seem to recall very large bovine testicles featured. Ah, that’s it, we had a tour of the estate David looks after and there were big horned cattle, big bulls, and big pendulous gourd-like bollocks that I have no doubt will seed the next generation with some to spare. There was also apparently a big rat that ran right in front of me but I somehow missed it…what a shame. 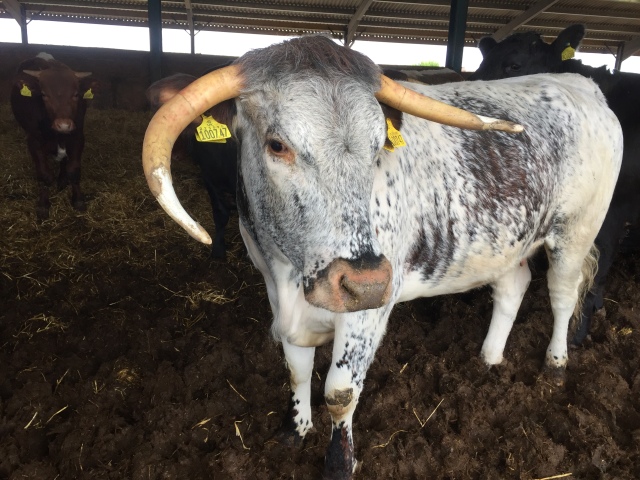 She wears them well

The pretext for the get-together and cake fest was planning for the forthcoming BCN Challenge. Lesley, Joe and locking queen Amanda will be joining the good ship Enceladus as we hoof it round the further reaches of Brum and the Black Country. I mapped out my rough plan and then the conversation got onto the really critical issues, like who’s bringing the milk and would chilli be a good option for food on the go. Depends whether ‘wind assistance’ is allowed in the rules I guess.

2 Responses to Here endeth the trip – but not the fun